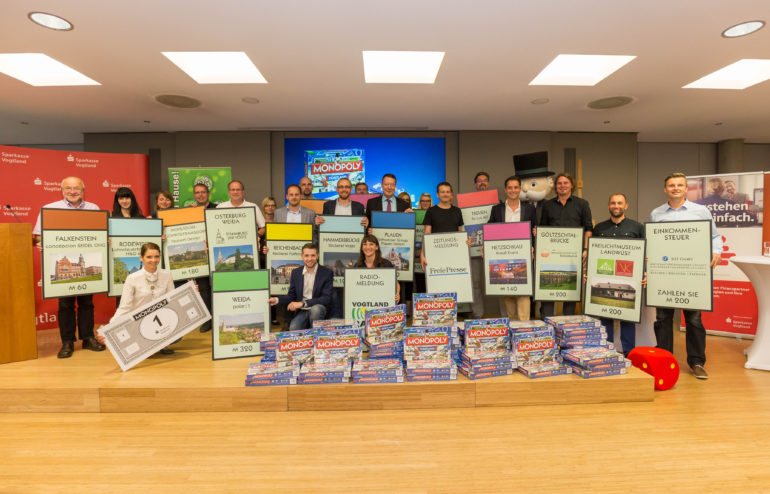 polar|1 GmbH in Zwickau had the idea of launching a Vogtland version of Monopoly, a game that has enjoyed decades of popularity. The streets or chance cards can then be sponsored by the participating companies.

“Vogtland Monopoly” hit the shops on 31.08.2016 and has been flying off the shelves ever since. The large-scale presentation event was held in the evening at the headquarters of the Sparkasse Vogtland bank. The Plauen plant was represented by the Plauen Plant Manager, Jörg Burmeister and recruiter Heike Stöss.